Just mention the name Bill Jeffers Jr. in northern Arizona and locals will tell you he is somewhat of a cowboy icon in the high country surrounding Holbrook. Jeffers is not only the president of the Jeffers Cattle Co., a working family ranch just nor... 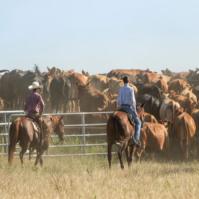 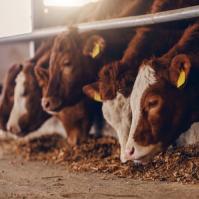 Just mention the name Bill Jeffers Jr. in northern Arizona and locals will tell you he is somewhat of a cowboy icon in the high country surrounding Holbrook. Jeffers is not only the president of the Jeffers Cattle Co., a working family ranch just north of town, he also serves as chairman on the Navajo County Community College District Governing Board and in February of this year was appointed to the Arizona Farm Service Agency (FSA) State Committee. I received a call from Washington, D.C., and another from (Congresswoman) Ann Kirkpatrick asking me if I would like to take part on this committee, Jeffers said while adding that the appointment was an at-will position and not set for a specific length of duration.

The Jeffers family has a long history (about 70 years) of cattle ranching in northern Arizona while serving the state and its citizens in one way or another, be that helping run the county fair to supplying high grade beef for market to help feed the nation. Ann Jeffers served on the Navajo County Fair board from 1998 to 2003. Over the years the Jeffers Cattle Co. as a whole has participated in the fair by entering livestock in competitions while also helping sponsor various events. Four generations of them have left their mark on the landscape, all the while living out what was (and hopefully still is) the dream of many a boy back-in-the-day, the cowboy way of life. The Jeffers family came to Navajo County in 1940. David Jeffers, his son, W.B. Bill Jeffers, along with James H. Jeffers, wife Elvira and their son J. C. Cooney, traveled to what they thought was a lush grassland in Navajo County from their ranches in the Guadalupe Mountains near Morton, Texas.

David and James were brothers, W.B. and Cooney were double cousins. The two pairs operated ranches on the north and south sides of Holbrook. David and James H. both passed away in the late 1940s. Typical of that era, their herds consisted of the Hereford breed. Since that time the breed of ranch cattle has changed and in the 1970s Herefords were crossbred with Brahman. Today the herd is evolving into what are called Angus cattle. W. B. fathered two children, Bill Jr. and Ann, who continue operating the Jeffers Cattle Co. north of Holbrook.

The fourth generation associated with the business is Tiffany Jeffers, daughter of Bill Jr. and wife Lois. Tiffany is currently attending graduate school in Missouri. Cooney had one daughter, Ivah, who still lives in Holbrook with her husband, Mike along with their daughters, Ashley and Alexandra. Mike currently serves on the fair board. They live in the home which at one time belonged to James H. and Elvira. Jeffers tells The Independent he does not foresee himself ever leaving the business for greener pastures, but it has not always been without struggle staying afloat. Ranchers and other people involved in agriculture are subject to so many events that are out of our control. You can be the best manager in the world, but you are still subject to the acts of mother nature, rain, no rain, heat, cold, tall grass, no grass, tank water or dry.

A ranchers success in many cases is out of his hands. He just struggles through it, says Jeffers. Jeffers admits some might have found it easier to sell out to a developer for a tidy sum, but that simply was not an option for someone who has based his entire life on ranching and being a working cowboy. The feeling a cowboy/cowgirl gets after bringing in a sick heifer and nursing it back to health, the elation of coming across a Mule Deer stuck in a bog and pulling it out, the satisfaction felt when he/she drives home 30-head of cattle during fall or spring roundups, and yes, even the solitude, those are the things that keep cowboys/cowgirls in the saddle day after day. Those are the things that cannot be experienced behind a desk says Jeffers. But with changing times has also come a change in his daily chores.

He says unlike his earlier days on the ranch and in stark contrast to what his fathers typical daily routine was, he spends a lot more time behind a desk than he used to (or would prefer) because things are much more businesslike in regards to running a working ranch. And make no mistake about it folks, living a cowboy lifestyle is not just a career, its not just a paycheck (because they can be small, few and far between), it is a lifelong commitment to a standard of living, a set of morals that cannot be compromised.

Part of that commitment is a love for the land and the wildlife that lives on it. Contrary to some who believe ranchers scalp the land, they are actually self-appointed stewards who take their responsibilities very seriously. In a very real sense, cowboys and ranchers are caretakers entrusted with conservation of all the lands they use and roam. Not entrusted by someone else, but by themselves, by the self imposed ethics and rules that govern the way the cowboy breed live every day of their lives.

A PROUD MEMBER OF 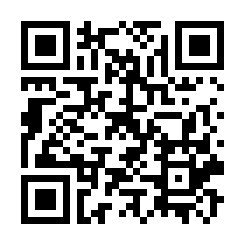